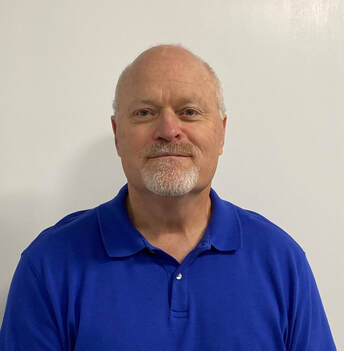 Dr. John Harrington was born in Butte, Montana and grew up with Evel Knievel's children. His parents were both educators, and had 8 girls and 2 boys (yes, 10 total children!). Dr. Harrington received parochial education, and quickly after high school joined the all-male submarine service of the U.S. Navy.

While in the Navy, Dr. Harrington  traveled around the country to various schools (San Diego, Chicago, Florida, Idaho, Hawaii) before being stationed at Mare Island Naval Shipyard of the USS Seawolf.  He married a Vallejo native in 1982 and they have two daughters and five grandchildren.

Following his Naval service,  Dr. Harrington entered and graduated chiropractic college and began practice. He has practiced continually in Vallejo since graduating over 30  years ago.

Active in both Vallejo's Rotary Club and the Vallejo Chamber of Commerce, Dr. Harrington was one of the founders of the Great Vallejo Ducky Derby Race which raised money to provide dictionaries to all of Vallejo's third graders. Dr. Harrington was recently named an Elder at the Lassen Street Church of Christ in Vallejo.

Dr. Harrington is a general practitioner doctor of chiropractic medicine (DC) with a specialty in Activator Methods Chiropractic Technique. The Activator is a low-force method that is very precise and utilizes a small instrument instead of using manual, high-force, traditional methods. Dr. Harrington has held his Advanced Proficiency rating in Activator methods for over a decade now - one of the most experienced DC's in Northern California in his specialty.

"By combining massage, therapies, nutrition and lifestyle counseling, chiropractic has remained at the top of the list for patients' satisfaction and clinical results" said Dr. Harrington.   "If you've never been to a chiropractor before, our full service office is the one to try!  I hope to meet you soon."